Centre for Theoretical Physics and Natural Philosophy “Nakhonsawan Studiorum for Advanced Studies” (NAS) is a departmental structure under the Office of the President of Mahidol University. NAS locates at the university’s Nakhonsawan campus in Khao Thong Village, Payuha Khiri District, Nakhonsawan, Thailand. The campus is approximately 220 km north of Bangkok.

NAS is a studiorum, that is an academic ecological system of fostering new knowledges and new concepts in descriptions of natural systems or even social systems via the scenario of physics and its theoretical philosophy. Based on concepts of critical reasoning, NAS explores universal aspects of theories for various systems. NAS enjoys asking of what good theories should be like and what should be a central ideas of the “theory of theories”. Not only looking for beautiful theories of nature, NAS as well looks for beautiful nature of theories.  These concepts could sprang from critical and thoughtful observations. NAS visualizes theoretical physics research, not only, as synthesizing  new knowledge but also new views of how we look at theories. At present, NAS’s research areas are:

simple and elegant  : virtue of the studiorum

The Institute for Fundamental Study “The Tah Poe Academia Institute” 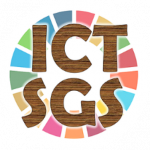